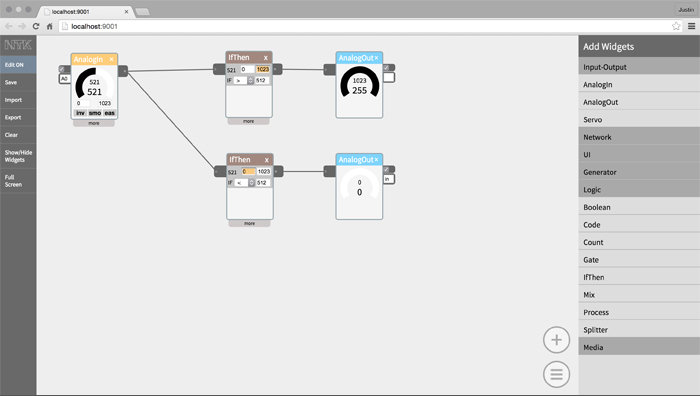 In 2013 I was invited to join a small distributed team working on a browser-based software toolkit for the Internet of Things(IoT). NTK is an open-source project which grew out of the Netlab Toolkit developed by Phil van Allen. 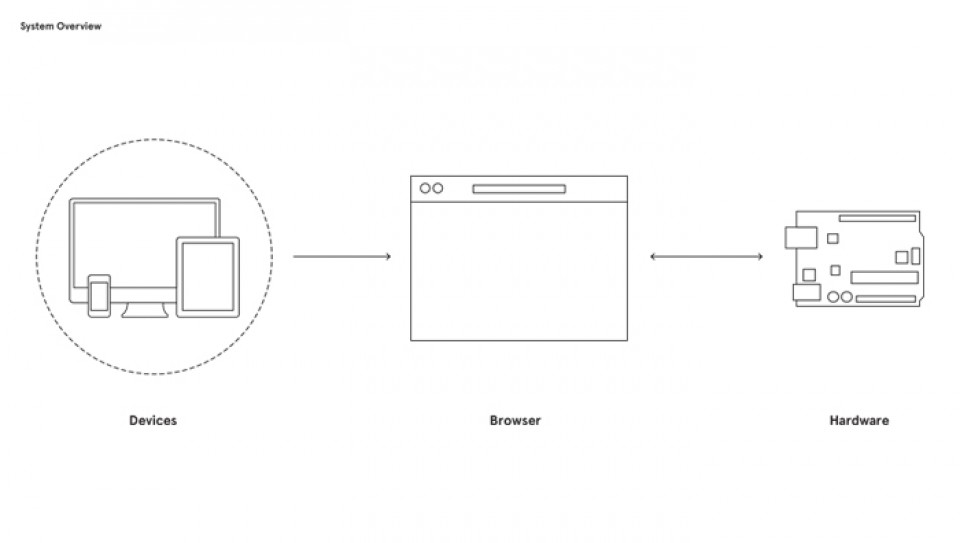 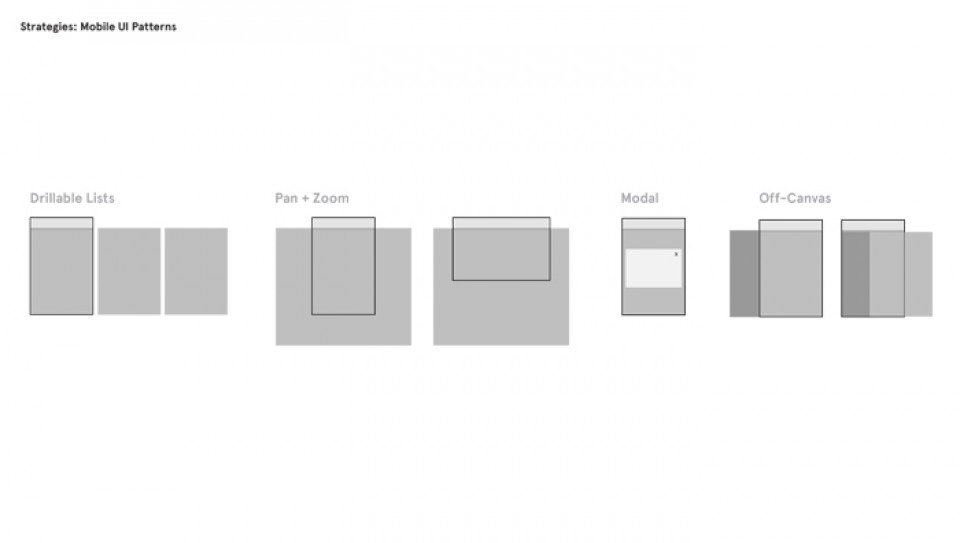 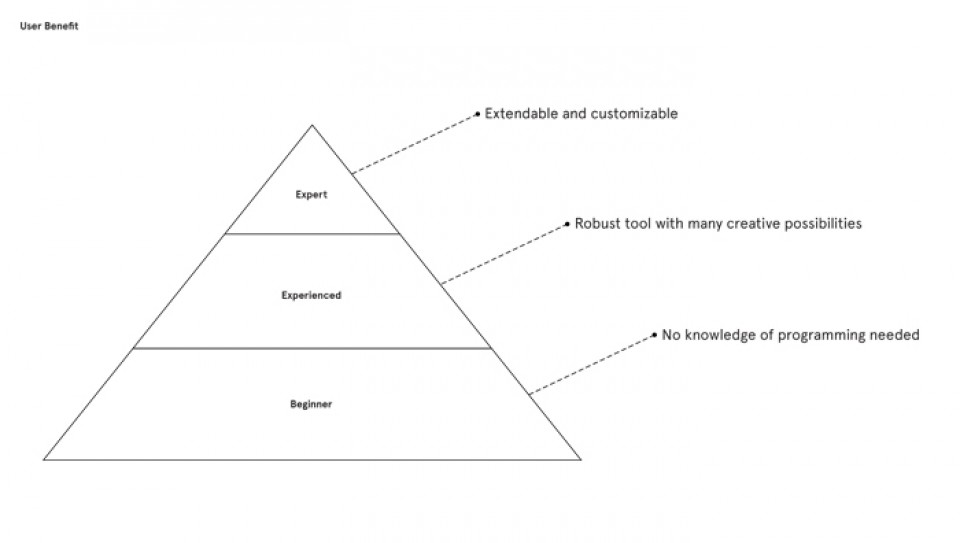 This version will be browser-based, sport a responsive mobile-first design, and run on the latest embedded systems platforms like Intel Edison, Rasberry Pi, Beagle Bone, and Arduino. The main goal is to lower the barrier of entry to designers, researchers, makers, and students creating IoT projects by providing a graphical programming environment with very little knowledge of coding needed. 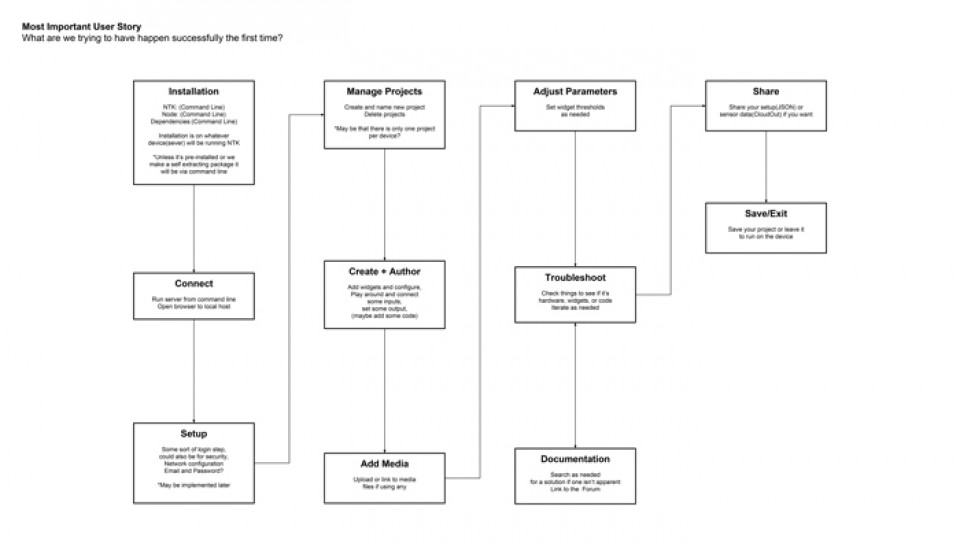 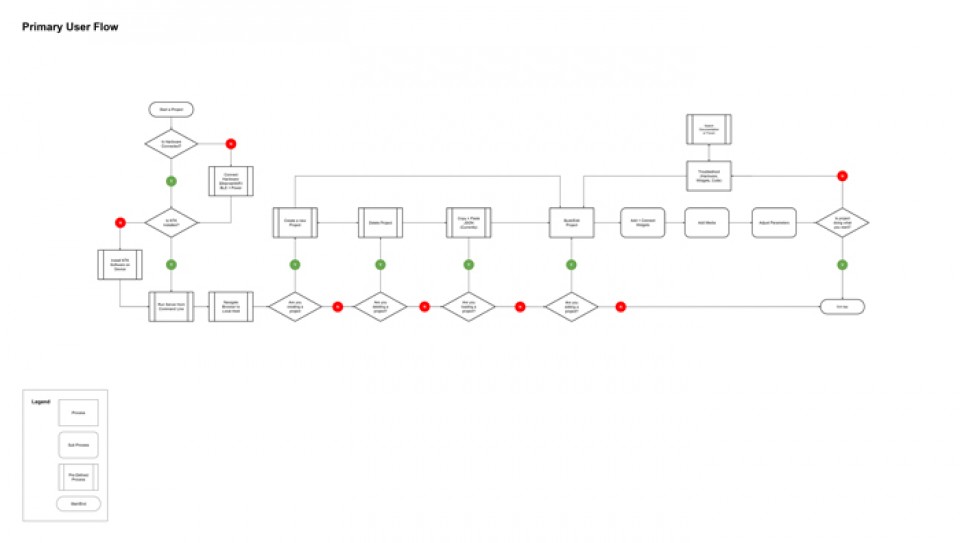 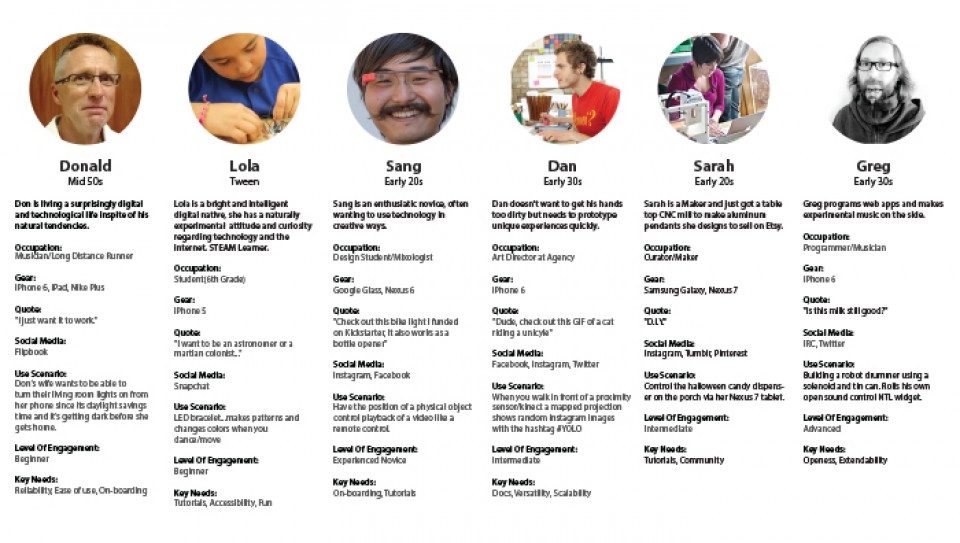 As a part of the project I’ve done stakeholder interviews, competitive analysis, developed personas, our most important user story, user flows, heuristic analysis, and UX strategy. All of which have guided our iterative prototyping efforts. 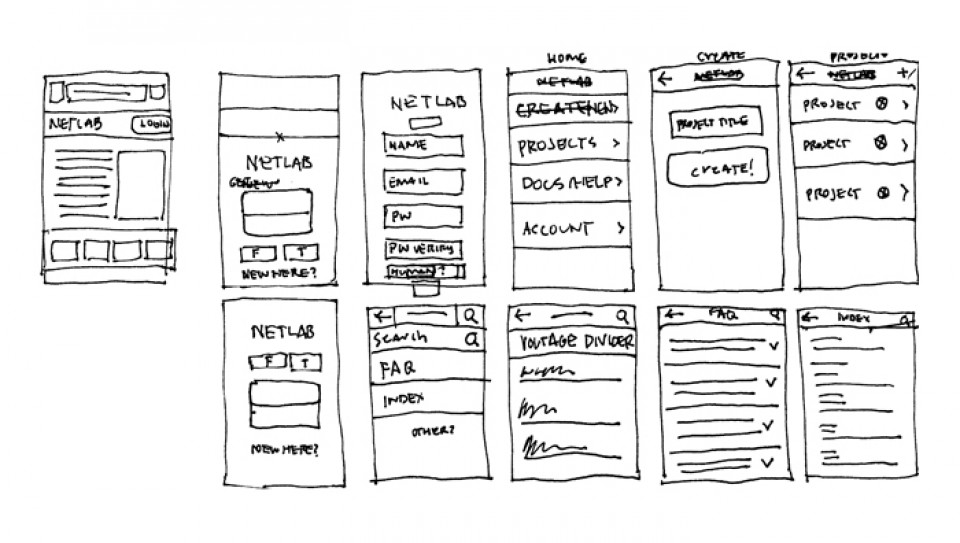 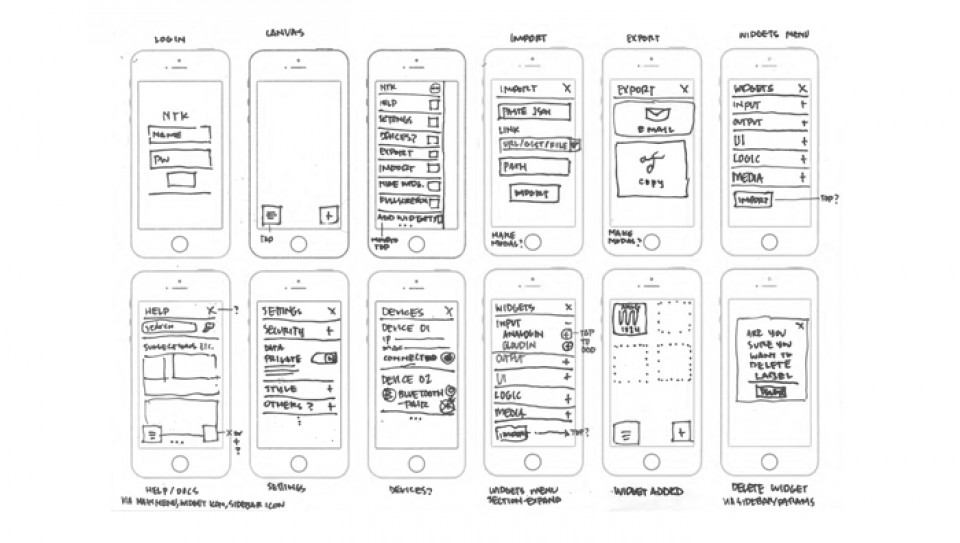 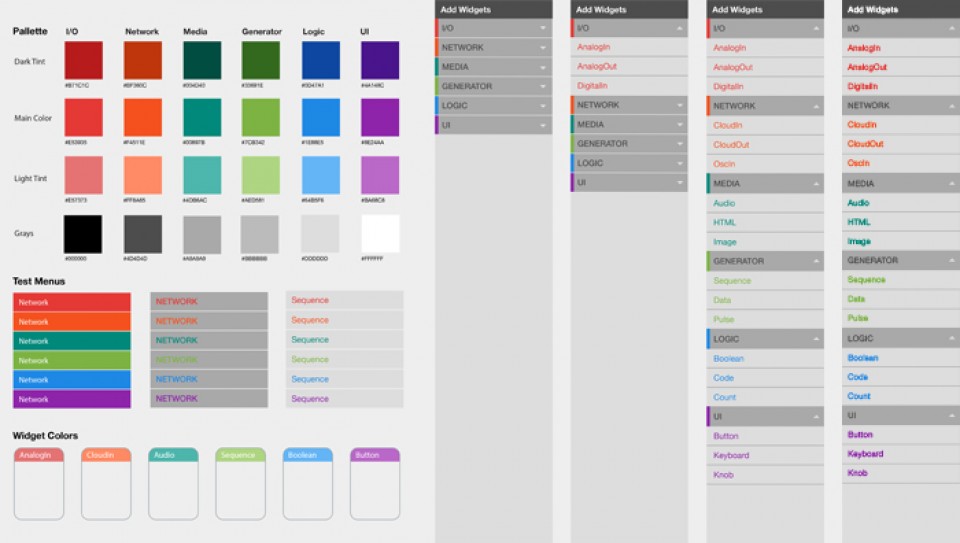 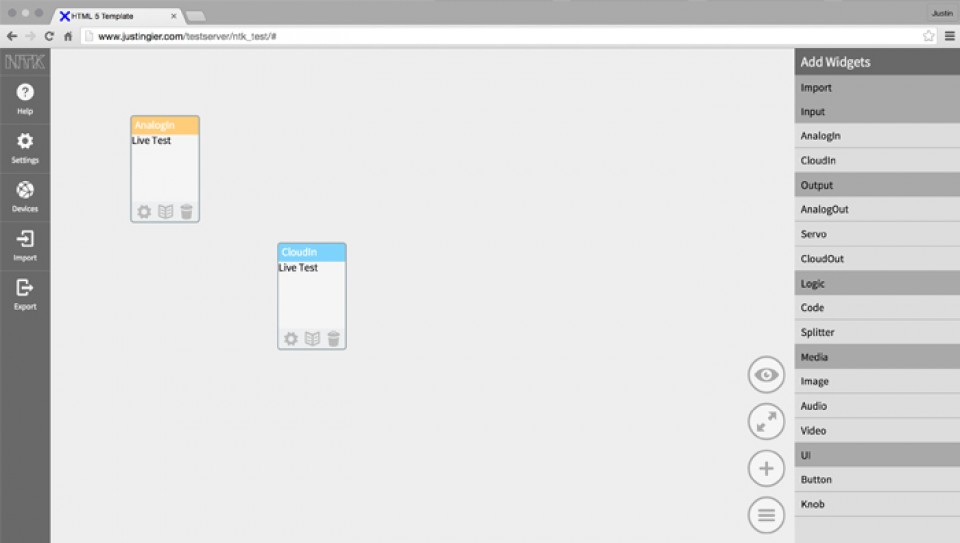 I’ve sketched experiences at varying fidelity, developed visual design, and built interactive prototypes. Our strategy has been to get from proof concept to working software as quickly as possible with plans for continued refinement in future versions. View an early front-end prototype that has helped guide the current version here. 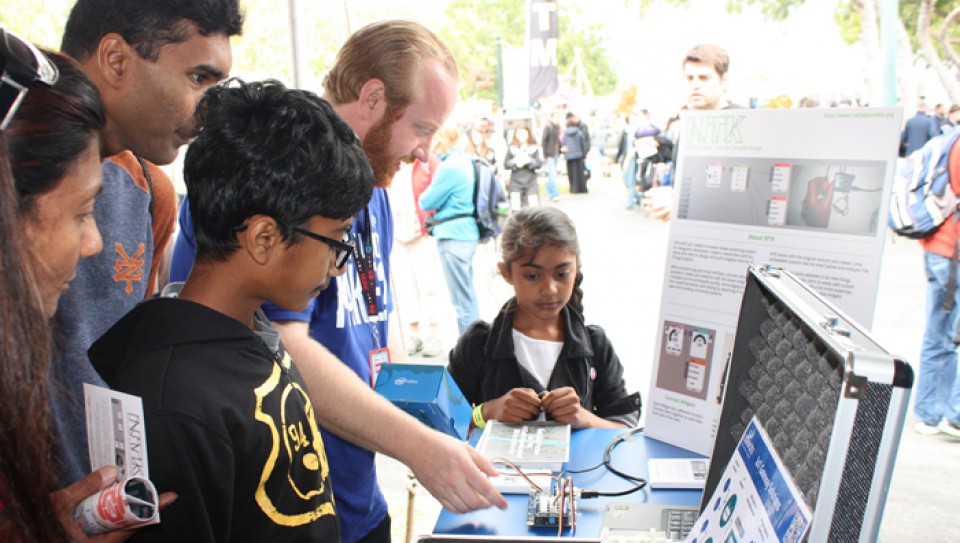 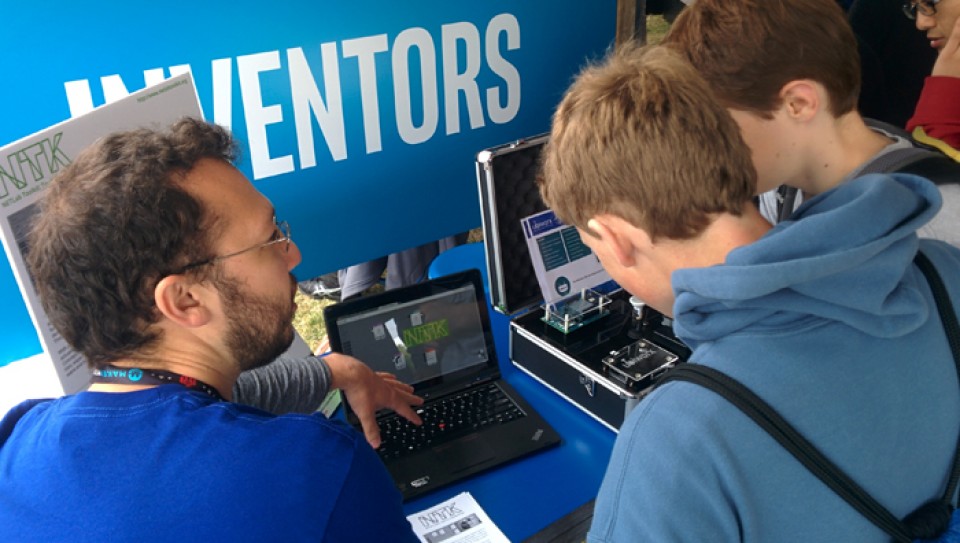 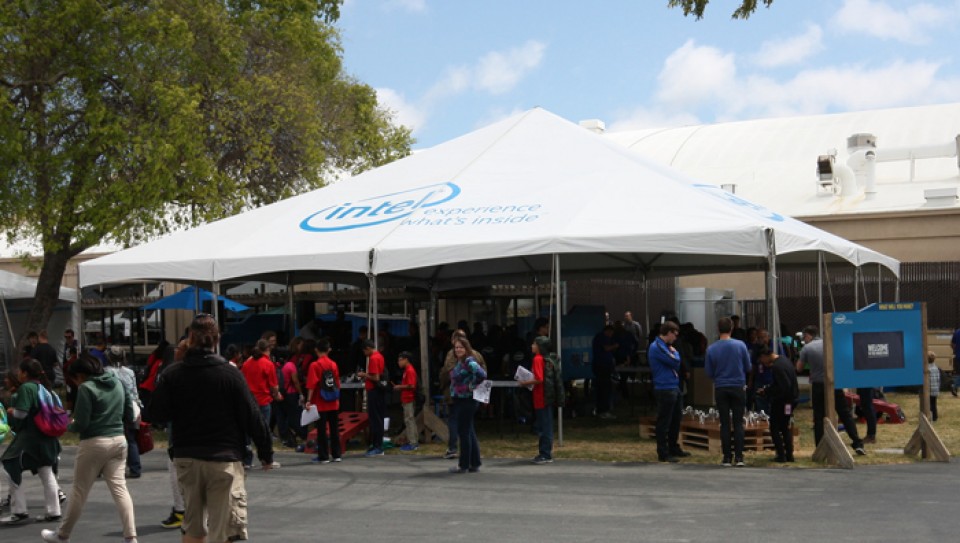 In 2014 the project received a research grant from Intel to support the design and development of this version. In April of 2015 Scott Cazan the lead software engineer and I traveled to present the project as part of the Intel booth at Maker Faire in San Mateo, CA. We shared a alpha version and talked with hundreds of potential users in the maker community as well as other teams and start-ups working on IoT projects.

Above is a video of NTK alpha version runnning standalone on Intel Edison hardware. Currently our development branch is running a bit ahead of UX implementation, but overall it’s an exciting milestone and I’m looking forward to seeing it grow and develop.

The video above from the fall of 2015 shows the NTK alpha version being used by students in an interaction design class at ArtCenter College of Design. These students have not previously worked with electronics or code. The project brief was around emotion and animism. NTK allows them to get prototypes up and running quickly, while focusing on developing their design concepts.